The History of Minal

Archaeological studies show that the locality has been inhabited since the Iron Age.  In Roman times, where Mildenhall is today, there was a place called Cunetio, which was a trading centre for the surrounding area, standing at the junction of roads from some of the major cities in the area – Bath, Winchester, Cirencester, maybe even Old Sarum and Silchester. It was surrounded by stone walls, and was split into two sections – maybe even three; Upper Cunetio, Lower Cunetio, and the ‘suburb’ on Black Field. Upper Cunetio was near where Folly Farm is today, while Lower Cunetio was where Mildenhall itself is today. 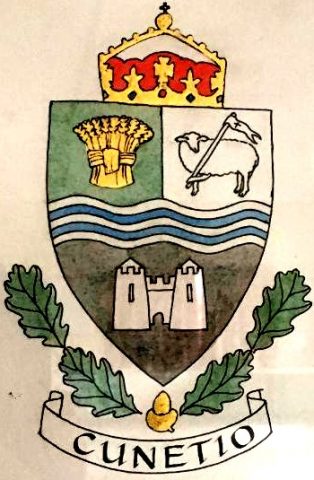 In the fourth century, Cunetio was probably a marketing centre for a group of villas, possibly even a Mansio (a Roman version of a mansion).  In October 1978, a hoard of coins numbering 54,951 was found, dating from between AD 260 and 275. This was, at the time, the biggest hoard of coins found in Britain; almost half of them came from the independent empire created in Gaul (now France) by Postumus in 260. Coins of that kind are unusual to find, making the Cunetio Treasure, as it is called, very different indeed from most hoards.

When the Romans left, the town survived as a small local market into Anglo Saxon times.  It is evident from surviving Saxon charters that both the prehistoric trackways and the Roman roads continued in use after the departure of the Romans, although a new feature of the Saxon period was the growth of roads along river valleys. In Saxon times the site of the settlement moved to the north bank of the Kennet and there is a Saxon documentary record of an 8th century charter preserved by Glastonbury Abbey to prove its title to formerly royal land at Mildenhall. The name of the village is believed to derive from the Saxon, Mildanhald, meaning Milda’s corner, or hollow.

Major trades in the parish, especially around Mildenhall, consisted mostly of farming and milling, with wood cutting and dealing in the woodland areas. There were other miscellaneous jobs, too, ranging from shopkeeper, to blacksmith, to beer retailer, shoemaker, carpenter, dress maker, basket maker, thatcher, dairyman and cowkeeper, The village crest displays these trades.